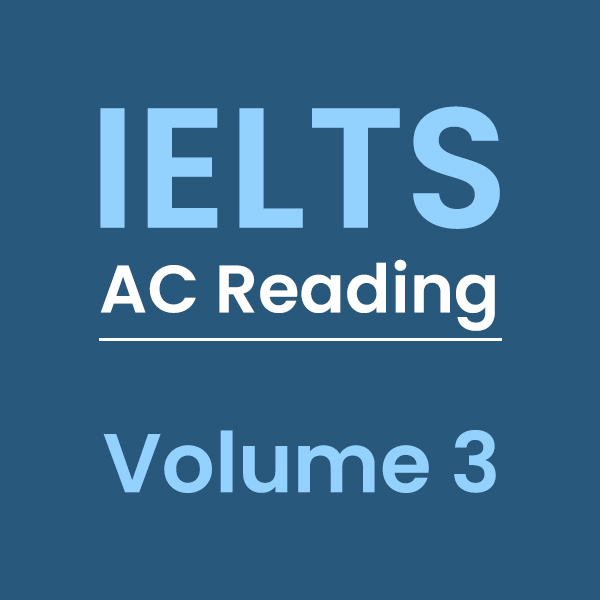 Climate change and the Atlantic

Are changes in ocean circulation about to turn our lives upside down, or is this something only our grandchildren will have to cope with? This vital question is in doubt because the behaviour of ocean currents is still remarkably obscure. On a crude level, the oceans of the world are linked together by a network of currents sometimes called the global conveyor, with warm surface flows connecting to cold deep currents. The conveyor is driven by winds and by a more complicated process called thermohaline circulation - and this is the process that has climatologists worried.

As its name implies, thermohaline circulation depends on heat and salt. An offshoot of the Gulf Stream called the North Atlantic Drift flows all the way to the seas off Greenland and Norway. Evaporation makes the water saltier, so as it is chilled by Arctic winds it becomes denser than the waters underneath it and sinks. It then spills back southward over the undersea ledges between Greenland and Scotland to form a slow, cold, undersea river called the North Atlantic Deep Water. This flows all the way to the Southern Ocean, with some water going as far the Indian Ocean, where it gradually wells up again, perhaps a millennium after it sank.

The weak link is the sinking process. Climate change is injecting ever more fresh water into the Arctic by increasing river flows and accelerating the calving of icebergs from Greenland. This fresh water dilutes the North Atlantic Drift, reducing its density and making it more buoyant. If the fresh water input reaches a critical rate, around 100,000 tonnes per second, sinking could stop entirely. The northern branch of the conveyor would stop, and warm tropical waters would no longer flow past the west coast of Europe.

With that million-gigawatt heat supply switched off, climate models suggest that air temperatures in the region could fall by between 5 and 10 °C, and parts of the US and Canada would suffer too. A switch-off like this is blamed for a cold snap 12,000 years ago called the Younger Dryas, which turned the forests of Scandinavia into tundra. Could it be happening again? That spectre was raised in December by Harry Bryden of the National Oceanography Centre in Southampton, UK. His team took a ship from Florida to the coast of North Africa, stopping at 120 points en route to lower a bundle of instruments all the way to the sea floor. The researchers compared their results with similar measurements made at irregular intervals since 1957. According to their analysis, the deep, cold return leg of the circulation has weakened by 30 per cent. If that has slowed, they reasoned, then the northward branch of warm water must have slowed too.

In fact, the slowdown seems to have started nearly a decade ago. When the US National Oceanic & Atmospheric Administration made a similar survey of the Atlantic in 1998 it was interested in carbon dioxide levels and did not calculate the flow rate. When Bryden's team did the sums, they found the flow had been relatively steady between 1957 and 1992, dropped off by 1998 and remained low. Bryden's paper prompted some nervous press coverage. "There were alarming stories saying that the sky is falling," says Carl Wunsch, a physical oceanographer at Massachusetts Institute of Technology. "It's a complicated story reduced to a fairytale". In fact, Bryden's measurements are not proof of imminent cataclysm.

One question mark is whether his team has simply seen short-term fluctuations in the ocean. "The ocean is a very turbulent beast. We tend to assume that at great depth it is quiet, but that's not necessarily so," says Stefan Rahmstorf of the University of Potsdam in Germany. Wunsch likens it to the vagaries of the weather: "It might get colder for a few days in England, but you don't necessarily say we're entering a new ice age."

There are other reasons to be cautious. Climate models do not predict any substantial slowdown in Atlantic currents until near the end of this century. "It would mean all our models are wrong," says Rahmstorf. Bryden thinks they might well be: "I think if we measure a slowdown, the models will follow."

The trouble for Bryden is that not all observations fit in with his conclusions. If less warm water is flowing north, the seas off western Europe ought to be cooler than normal. They are not. In fact, these waters are slightly warmer than a decade ago. And direct measurements of the cold, deep currents that spill southwards over the ledges joining Scotland, Iceland and Greenland do not show a downward trend. Although these currents did slow between 1995 and 2000, they have picked up again. "We are faced with conflicting evidence," says Rahmstorf.

How to resolve this conflict? It is possible that Bryden's group has got its physics wrong. Like other groups, the team did not measure flow rates directly, but instead calculated them from measurements of temperature and salinity. Rahmstorf and Wunsch both point out that these calculations rely on assumptions that are far from proven.

Alternatively, it could be that the currents are changing in ways that no one has anticipated. There is a vast stretch of ocean between Bryden's measurements at 25° north and the overspill at around 65°. In between, the warm surface current becomes meandering and unstable, and difficult to measure, says oceanographer Tore Furevik of the University of Bergen in Norway. "There are certainly large changes going on beneath the surface of the North Atlantic, but we are still missing too many pieces in the puzzle to get the picture clear," he says.

For the moment, this rather unsatisfactory answer is the best we have. Oceanographers and climate scientists agree that thermohaline circulation will slow as the world warms, but most think it will happen later rather than sooner. In its report due next year, the Intergovernmental Panel on Climate Change is likely to predict a slowdown of at most 50 per cent by the end of this century.

Questions 1-5
Which paragraph contains
the main factor affecting recovery rates
a picture of urban life taken over by nature
examples of environmental damage caused by humans
positive results from a study
the kind of information gathered from scientific records
Questions 6-9
Write NO MORE THAN TWO WORDS AND/OR A NUMBER for each answer.
Approximate recovery time for ecosystems which experience no more than one pressure is
Some critics claim the positive results may be influenced by some companies understating the
they have caused.
The cod fishery of the Grand Banks is an example of where there has not been a complete
Dartmoor was originally
Questions 10 - 13 Complete the summary with ONE WORD from the text.
Ms Jones and Dr Schmitz believe that people are more interested in preserving or returning
to a present-day condition rather than to their original .
However, despite the problems with and recovery measurement, this latest study is a source of optimism
for .
Questions 14-22
Match each heading to the most suitable paragraph.
i The financial case for urgent action
ii People in developing countries do vote 'green'
iii Atrocious conditions in cities today
iv Developing countries do not represent a good example
v The successful international spread of green standards
vi Examples requiring urgent action
vii A need for more law enforcement
viii Some citizens are becoming increasingly concerned
ix A dim view of the past
x Action sooner rather than later
Paragraph A
Paragraph B
Paragraph C
Paragraph D
Paragraph E
Paragraph F
Paragraph G
Paragraph H
Paragraph I
Questions 23 - 26
Write True, False or Not Given.
Two million children die every year from water pollution in Latin America.
Air pollution will probably have a negative effect on tourism in Indonesia for many years.
Bangkok's governor intends to punish companies which break laws on green issues.
Brazil needs stronger laws in order to make progress on its environmental problems.
Questions 27 - 34
Write Yes, No or Not Given.
Climate specialists are predominantly worried about the affect of the wind on the network of ocean currents.
The North Atlantic Deep Water is formed from the Gulf Stream.
Climate change is indirectly making the North Atlantic Drift lighter.
Younger Dryas was caused by a warming of tropical waters off the west coast of Europe.
Some critics believe that Bryden's research does not cover a sufficiently long period of time.
Today, the seas around the west of Europe are moving more quickly than 10 years ago.
Bryden's data is based on changes in salt levels.
The conflicting evidence could be due to the difference between Bryden's and Furevik's measurement techniques.
Questions 35 - 40
Match each name to the sentences below.
A Rahmstorf
B Bryden
C Furevik
D Wunsch
used data collected at uneven time periods
believes that a lot more information needs to be gathered
points out that deep oceans are quite unstable
compares Bryden's findings to changes in the weather
relies on a degree of guesswork
criticises the way Bryden's work was reported
Section 1

Your exam time is over please submit exam.

Or
Login with Google